Where some see sunglasses as a fashion accessory, we see them as an essential tool to enhance your sight picture, THE MOST important connection to your target. 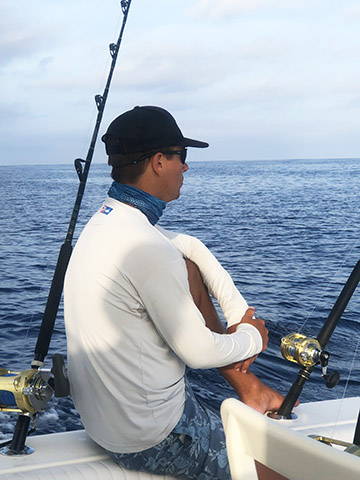 Hemingway described it as hours of sheer boredom followed by moments of pure chaos. It’s the expectation, hope and excitement of the unknown that make big game fishing a pursuit like no other. But the harsh offshore sunlight radiating off of waves from all angles, reflecting off a white deck make the ocean one of the most blinding environments in the world.  Having the ability to distinguish the subtle nuance between a cross chop and bill or dorsal fin behind a teaser, at go time, can be the difference of a trip of a lifetime or a very expensive boat ride. Make the most of every opportunity!

Proud of your heritage? Rep the Hook and Bullet lifestyle. Shirts, hats, koozies.

Not sure which lens is correct for you? Have a look at the lens selection matrix.